Find a full synopsis and information about our team below! 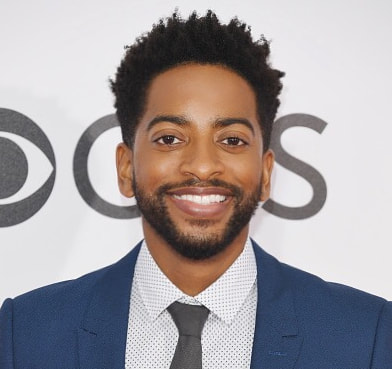 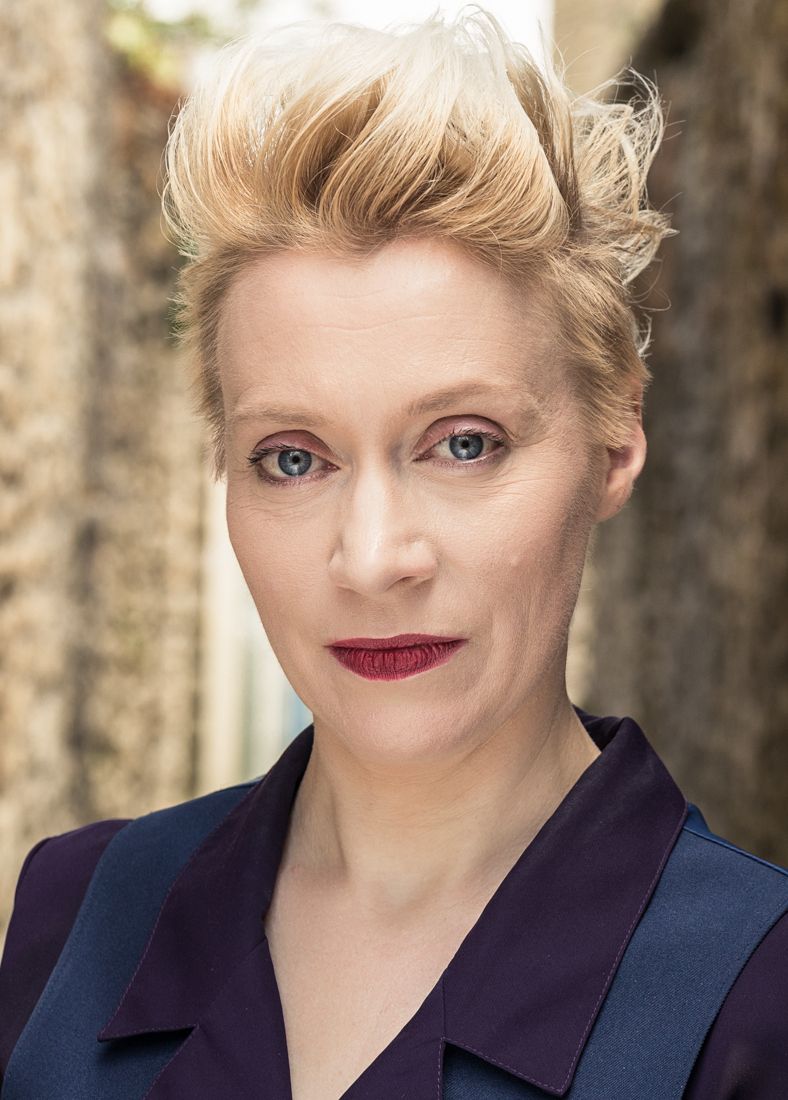 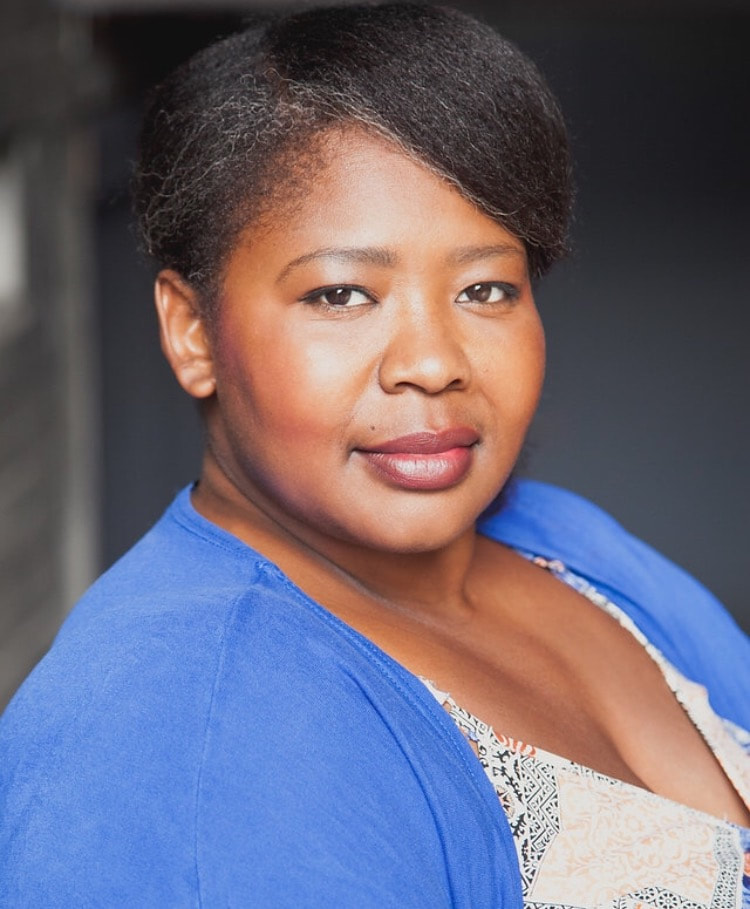 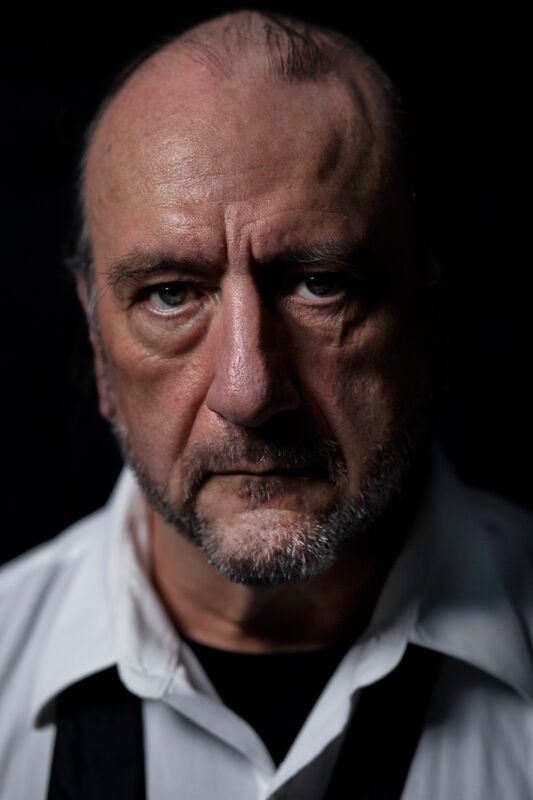 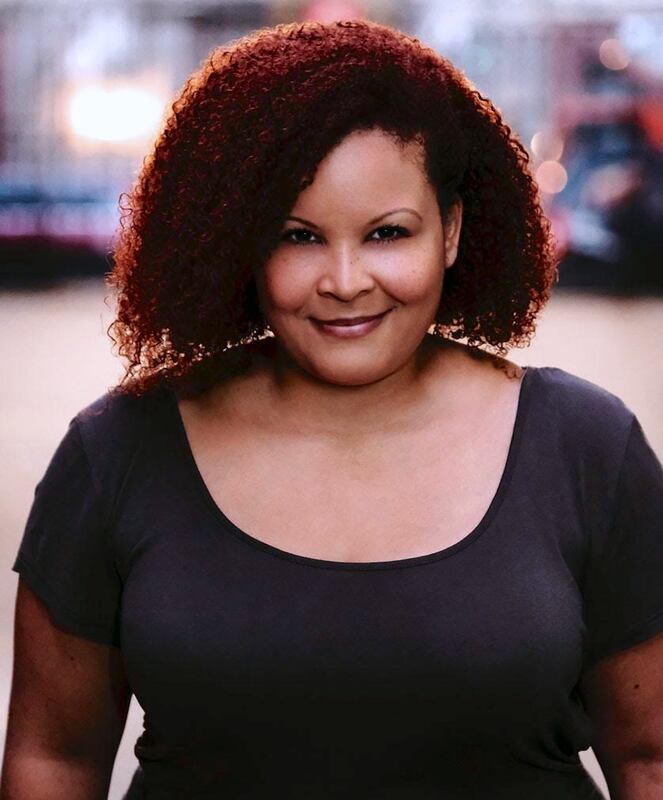 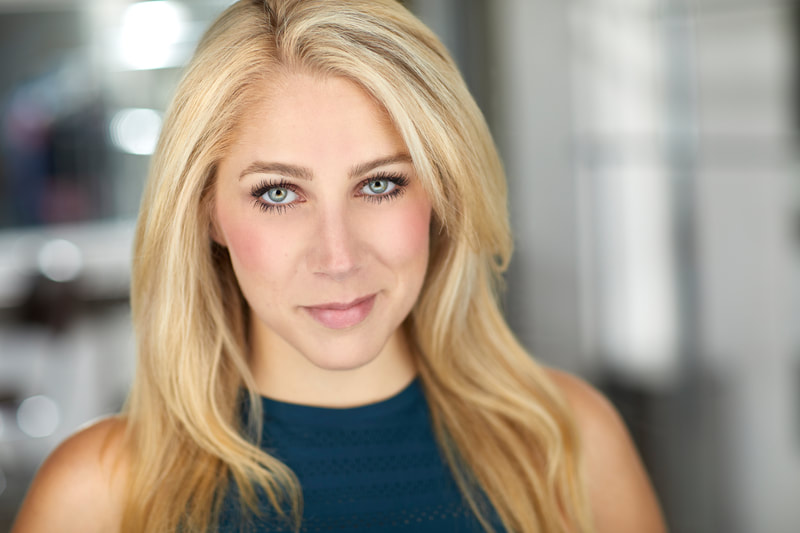 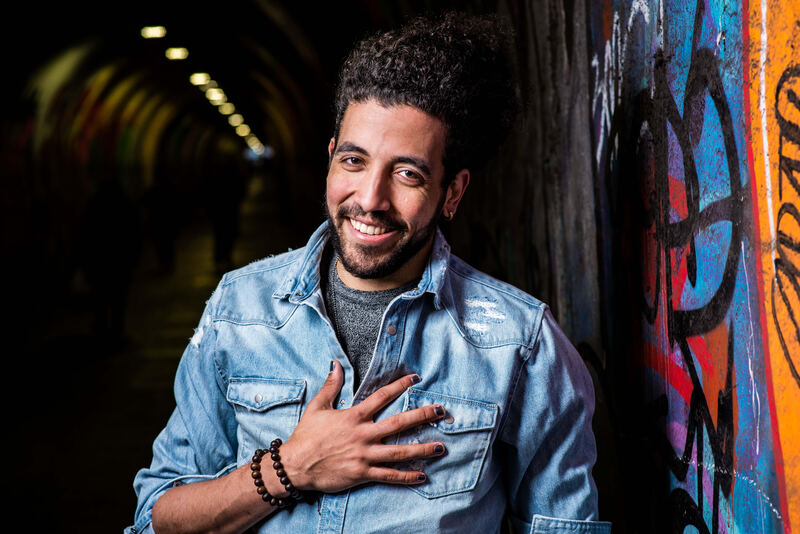 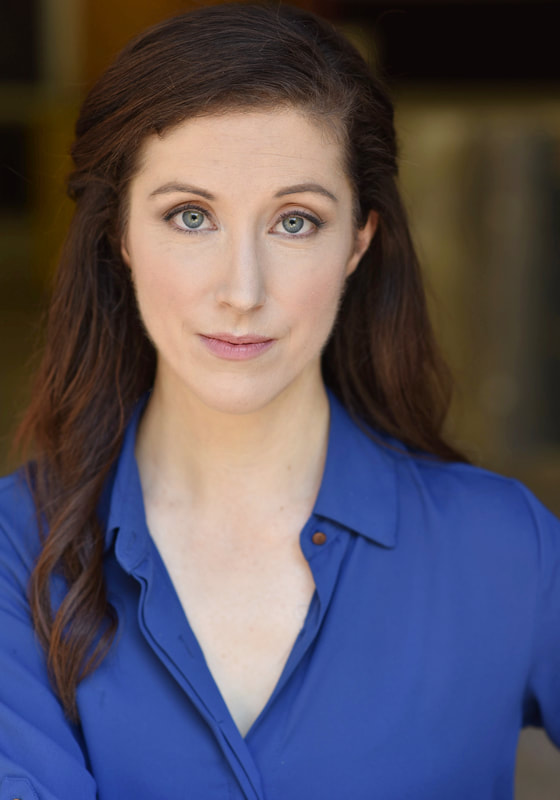 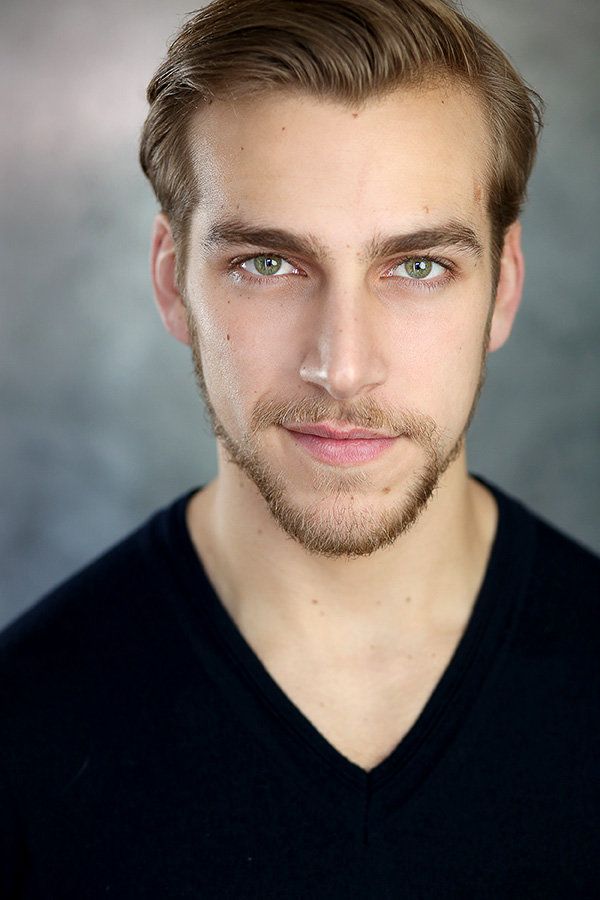 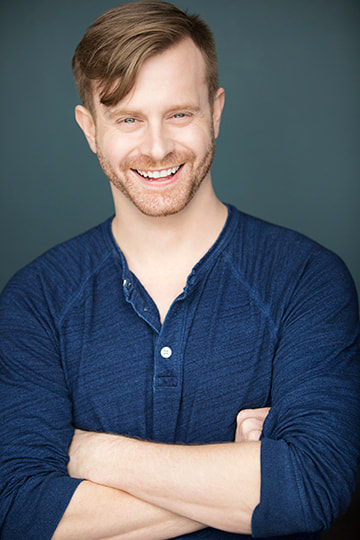 We wish to express our gratitude to the Performers’ Unions:
ACTORS’ EQUITY ASSOCIATION
AMERICAN GUILD OF MUSICAL ARTISTS
AMERICAN GUILD OF VARIETY ARTISTS
SAG-AFTRA
through Theatre Authority, Inc. for their cooperation in permitting the Artists to appear on this program

Jessica Francis Fichter (Co-Director) Jessica Francis Fichter is a New York City-based director. Originally from Columbia, SC, she has worked regionally as an artistic director, actor, teaching artist, and director. Jessica is a SDC associate member and has worked at Flat Rock Playhouse, The Edge Theatre, The Connelly Theater, Feinstein's/54Below, and Chapin Theatre Company as a teaching artist and director, and served as the Artistic Director for Chapin Theatre Company before moving to NYC. She is a graduate of Winthrop University (B.A. theatre education), Columbia College (M.Ed divergent learning) and Actors Studio Drama School (M.F.A Directing). Recent directing credits include: Dandelion: A New Musical (Equity Reading, Feinstein's/54 Below new musical series), Toto Talks, Diving into Pools, Shadows: A Dance Musical (AD to Joey McNeely), The Eleventh Hour (Townstages, Smugbug), If Women Rose Rooted (The Tank), Universe Without Him (Co-Lab), 1MPF (Mile Square), Road to Nirvana (ASDS), The Hallelujah Girls (CTC). She has published a YA novel, entitled Yellow Bird, which can be purchased on Amazon. www.jessicafrancisfichter.com

Victoria Rae Sook (Co-Director) is a two time Drama Desk Award Nominee as the Artistic Director and Founder of Food of Love Productions. She is an actor, director/choreographer, dramaturge, and producer and has held all of those titles between the company’s two off Broadway shows. A proud member of AEA, SAG-AFTRA, and an SDC Associate favorite shows include Drowning Ophelia, Romeo and Juliet, Legally Blonde, Grease, and Food of Love’s very own Shake & Bake: Love’s Labour’s Lost and Midsummer: a Banquet. She has worked in production at The Public Theater and is an active board member of Bristol Riverside Theatre where she offers her dramaturgy services. In the digital age of quarantine Victoria has choreographed a series of online dance pieces exploring physical versus social distance, has dramaturged/ set up virtual table reads for several new playwrights, and organizes weekly virtual Shakespeare readings. MCAL doth sway my life. www.victoriaraesook.com @victoriaraesook 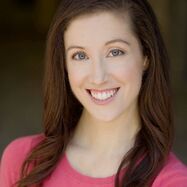 Cory Anderson (Food Design) is an Atlanta-based actor and baker. Cory’s professional baking career began with Food of Love’s inaugural production, for which she curated a six-flavor cookie assortment. She is now the proud owner of Baby Deer Bakery and relishes offering customized recipes and allergy-friendly desserts as well as traditional treats.

As an actor, she is currently appearing as Dessie (Desdemona) in the first season of the Shakespeare-inspired series “Infinite Jest” (Whet Ink Productions). Recent credits include Kit/Tina in the touring production of “I’ll Stand By You,” Little John/Soldier in “Robin Hood,” Essential Worker in “Let Us Entertain You” (Brave Hearts for Broadway), and Grace in “Into the Night.”  She has performed in North America, Europe and Asia, including contracts with Royal Caribbean and Disney. She holds bachelors degrees in both Drama and Music from Kenyon College. She is delighted to combine her two great passions alongside this incredible cast and creative team. 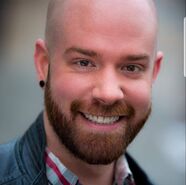 Ricky J. Duarte (Beverage Design)  is an actor, singer, writer, and bartender, having worked at multiple notable Manhattan mixology staples over his 10 years in New York City. He has worked behind the bar in the roles of both bartender and manager, and has overseen the creation of cocktail menus in multiple states. 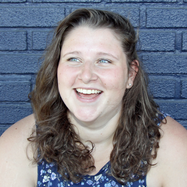 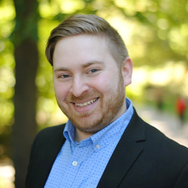 Zach Zamchick (Line Producer) is a producer of immersive experiences. His imagination has filled abandoned churches, decommissioned military vessels, and a 50,000 square foot warehouse in Beijing. Zach has worked with the producers of Sleep No More on the circus-infused culinary spectacle Queen of the Night in Times Square, managed Criss Angel’s Mindfreak in Las Vegas, and tightened operations at DUMBO’s Beat The Bomb escape room. He frequently collaborates with Variety Life Productions and Food of Love Productions, and pursues unbelievable experiential projects with his collaborators at Zamchick & Company. With productionglue, Zach has developed event concepts for world-renowned brands, and oversees all venue, location, and business modeling engagements. Zach is a proud alumni of the Commercial Theater Institute's 14-week Intensive.
Food of Love Productions produces Shakespearean plays as full sensory experiences and grew out of the 2018 Off-Broadway hit Shake and Bake: Love's Labour's Lost. The idea of combining Shakespeare and food was born when founder Victoria Rae Sook, while dancing in a holiday parade, smelled fresh chocolate chip cookies and was transported to Christmas Eve. It was then that she realized performing arts could become a full sensory experience with the addition of culinary arts. The first draft of Shakin’ Up Shakespeare, a one act environmental production of scenes from the Bard done in vignettes, with pop music mirroring the scenes as transitions, and bites of candy served through dance, was written four days later. The idea continued to percolate while Victoria finished college and moved to New York. Six years later, Love’s Labour's Lost opened (in her apartment) with friends and collaborators, before transferring to a commercial Off-Broadway run in 2018 retitled Shake and Bake: Love's Labour's Lost. The joy of found space, intimacy, theatrical magic, Shakespearean text, dance, and food has now been developed into Food of Love. Two Drama Desk Nominations later, we are excited to be adventuring onto the virtual stage.

Twelfth Night: Welcome to Our Table is a co-production of Food of Love and Evolving Door Theatre Company, in partnership with Baby Deer Bakery, and benefitting Food Bank For New York City.
For more information on the key players, use the links below.

Viola and her twin brother Sebastian have been shipwrecked; each believes the other to be drowned. Viola disguises herself as a young man and, under the name of Cesario, gets a job as a servant for the Duke, Orsino.

Orsino is in love with Olivia, but she's mourning for her dead brother, so has rejected all his advances so far. He sends Cesario (who is really Viola) wth love letters to woo Olivia on his behalf. Unfortunately for the Duke, Olivia is taken in by Cesario’s disguise and falls in love with him. Viola has secretly fallen in love with Orsino, and Orsino is confused by his feelings for his new ‘male’ servant. So, Viola loves Orsino, Orsino loves Olivia and Olivia loves Cesario/Viola.

Olivia’s butler, Malvolio, disapproves of all the other members of her household – her drunken uncle Sir Toby Belch, his friend Sir Andrew Aguecheek and her servants, Maria, Feste and Fabia. Fed up with Malvolio constantly spoiling their fun, they decide to play a practical joke on him. Malvolio is secretly in love with Olivia, and the others trick him into believing that these feelings are returned. Maria forges a letter to Malvolio, supposedly from Olivia, suggesting that she loves him and he should wear yellow stockings and smile all the time. Malvolio does as the letter suggests, and Olivia thinks he has gone mad, so has him locked up. Viola's brother, Sebastian, who believes his sister is dead, arrives with his friend and protector, Antonio, who rescued him from the shipwreck.  Sebastian meets Olivia. She mistakes him for Cesario and asks him to marry her, he agrees. ​

Lots of confusion follows around the mistaken identity of Sebastian and Cesario, and exactly who is promised to whom. Eventually all is revealed, the brother and sister are reunited and the love triangle is resolved into two couples, Sebastian and Olivia, and Viola and Orsino. Finally, Viola discovers the trick that has been played on Malvolio, and he's released from confinement.